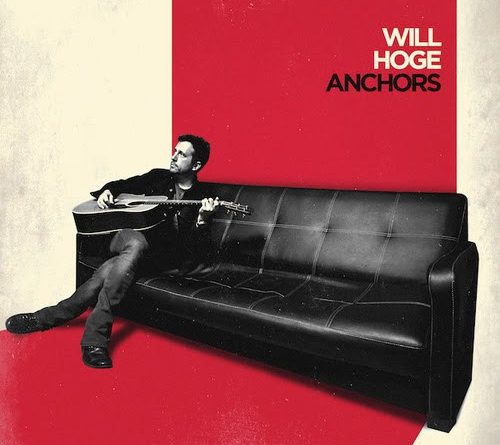 Will Hoge: A Case Study on Building a Brand Organically

The date is March 11th, 2003. The location is Peasant’s Bar in Greenville, NC. I can remember the time and date exactly because I still have the setlist from that night (pictured below). Will Hoge (and band) would go on to play a set to eight people. EIGHT (4 of which were myself and 3 friends I had brought to the show). 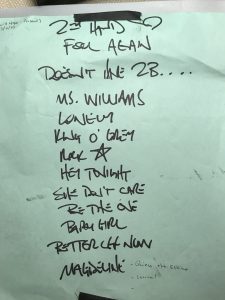 I had been listening to Will for a few months now, and I loved his sound. True, gritty, don’t give a damn about you rock and roll. This was my first opportunity to see Will live, and I was blown away. After the set, the guys were getting ready to pack up and leave, and I wasn’t sure if they would do an encore since there were only eight of us in the bar, but a man with a truckers hat yelled, “PLAY SOME DYLAN!”. As you can see by my added notes on the set list, Will obliged and played Quinn The Eskimo, and once again, the band got ready to pack up an leave when I yelled (a.k.a. talked slightly louder than the 7 people in the bar) “What about Carousel!?!” It was my favorite song off his first record (“Blackbird On A Lonely Wire” which you can purchase here

) and he hadn’t played it yet. To which Will replied, “Oh wow! Somebody knows our song?”

After the show Will literally walked around the bar and chatted with all eight people there that night. He asked about where we were from and what we were doing (most of us college students or graduate students at the time). And he thanked each one of us for coming out that night. I did not know on that night I would spend a good portion of my 20s and 30s and a good sum of money going to see Will Hoge play live music as often as possible. I also did not know it would eventually lead my brother Devyn and I to meet three of our favorite music fans in Gail, Krissie, and Michelle. It would also take me years of seeing Will play to realize almost nothing has changed about his post show routine. He comes out, greets his fans, and genuinely wants to know how they are and what they are up to.  The last show we went to we brought our 5 year old daughter for her first Will experience and he could not have been any nicer to her. As you can see, I still have the setlist from the very first night I saw Will Hoge play. I keep it framed as a reminder to always stay grounded, be humble, and care about others.

I truly believe that no matter how big Will Hoge gets, he will always genuinely care about his fan base. After listening to his new album “Anchors” available here

, it really just gets back to his gritty and rootsy story telling. Its an amazing album, by an amazing man, and if you ever have the chance to go see him live, DO IT! I can not promise he will still do an encore at the back of the room, unplugged while standing on a bar, but I promise you will be blown away by the show. And do stick around afterwards to meet him and see him interact with fans. It is a textbook demonstration on how to build your brand and fan loyalty.