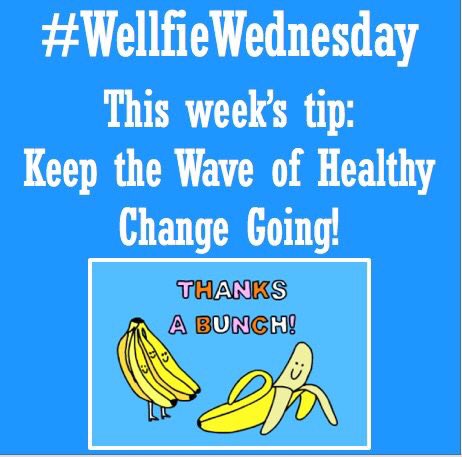 This week marks the one year anniversary of Wellfie Wednesday. It was a call to action; Wellfie Wednesday: Keep the Wave of Healthy Change Going! I would like to say that I have been keeping the momentum going by joining #summerofmove #freetheyoke on Team #MQuattro. My goal is to work out 6 days per week. Three days at the gym, and three days at home doing an intensive Yoga program (DDP Yoga).

Its week one of the actual competition and I have been to the gym for three days in a row. Today was the first day I missed, and it was not because I wanted to, but because I literally had so much going on, and so much to catch up on, that I could not take the time. But the main thing is not to beat myself up over this missed day, there are still 3 more days in the competition week.

I lived in Hawaii for 5 months doing a home health contract when I was a traveling PT. I dabbled in long board surfing a little bit while I was out there. It took me just about all 5 months to finally get up on the board and truly catch a wave, but when you do, its a feeling like none other. I am hoping to catch that same feeling while riding the “healthy habit” wave too. I am already partaking in a relatively Whole30 based eating habit. This is the first time in ten years I have added any sort of exercise to my regimen. The only time I have seen to work so far is 5:00am. While I am not a fan of waking up that early, it gets the job done.

“Catch a wave and your sittin’ on top of the world” -The Beach Boys (sidenote, my first ever concert. Hit me up to hear that story)
Ride that healthy habit wave you guys!