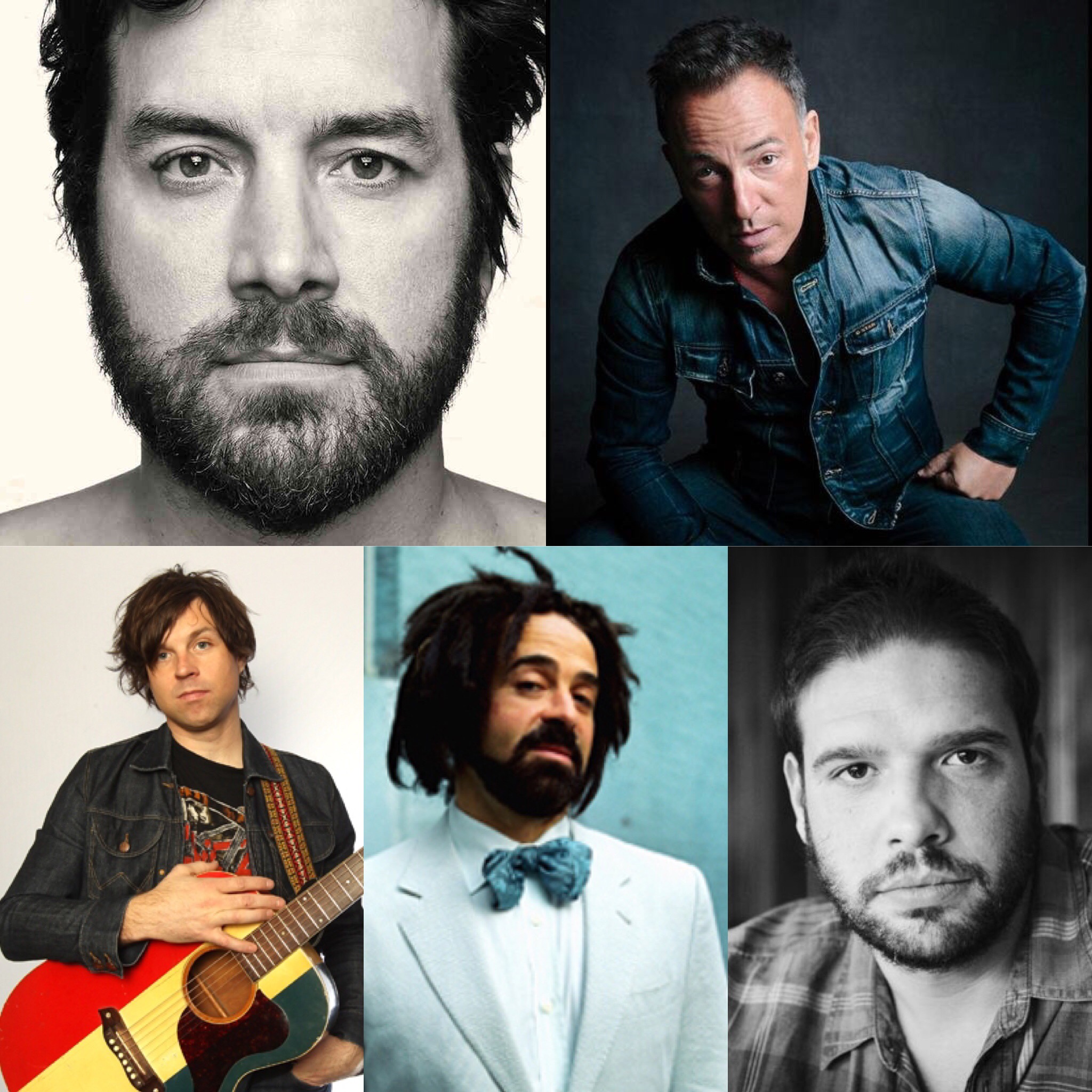 Today’s Makers of Music Monday revisits a top 5 list as inspired by my friend “Super Fun” Jen. She challenged me to come up with my Top 5 Favorite Songs list. When I sat down and really thought about it, the list came pretty easy:

#5 – Bob Schneider – 2002 – One of the greatest stories ever told. Ironically enough, this song was introduced to me by another singer/songwriter on my list, Joe Firstman. If you’re not from Texas, you may not know Bob Schneider, but if you’ve ever been to Austin, TX, you could have likely caught a Bob Schneider show as he plays there quite often and has quite the following there. He is a great singer/songwriter and has a bunch of other great songs, and he releases every live show he plays these days, so check him out if you get a chance.

#4 – Bruce Springsteen – Thunder Road – This selection goes back to my roots. My mom being from New Jersey is a huge Bruce Springsteen and Bon Jovi fan, so needless to say, I grew up listening to a lot of this guy. But again, Springsteen (or The Boss) is just a great story teller, (and to be fair, almost any one of his songs could have made this list, this one just happens to be my favorite and has been covered at one point or another by everyone on my top 5 list).

– This one is one of my favorite songs of all time by one of my favorite artists of all time (and someone I can call a friend at this point). It is excpetionally hard to find because it was originally on an EP that wasn’t even going to be released by an unnamed major record label. But the link here will get you to the Amazon Prime link that will allow you to purchase it (or stream it if you have prime and are tech savvy).

#1 – Counting Crows – August and Everything After – And finally, my favorite song of all time, and third of three rare and hard to find tracks, August and Everything After. Your first thought may be, “Hey, that is the first album from Counting Crows, isn’t the song on there?” No, it is not. It is a single that was never released officially despite the album being named after it, and it being an 8 minute anthem. It has only been played live 2-3 times, and this B-side single is one of those three times:She Don’t Want Nobody Near

(single) and yes there are only two versions available and yes one is $200 and one is $80. So if you are independently wealthy and would like to buy a copy for yourself (and purchase the second one for me, I would be forever grateful)

ONE THING I LEARNED TODAY

Top 5 and favorites lists can certainly change from year to year. I remember when Rocky Racoon by the Beatles was a top 5 for me, as was Dream On by Aerosmith. But times change, our experiences change us, and that is fine. There is nothing wrong with that. Embrace the change, own it, and roll with it. It could lead to great things.