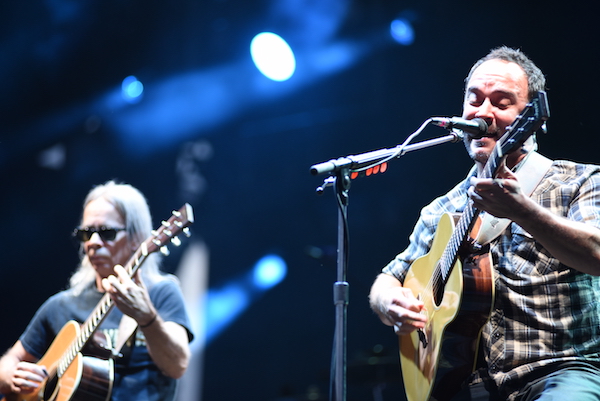 Today’s jam was inspired by two phone calls I had today with two very inspired clinicians, an interview I performed with an educator, and my kids. It is an old song called “The Maker” originally penned by Daniel Lanois (Producer of U2’s The Joshua Tree and Achtung Baby) in 1989. It was made slightly more famous by the The Dave Matthews Band

, who started covering the song as early as 1991 in their Charlottesville, Virginia days playing around the University of Virginia.

I am not overly religious, and I don’t ever try to push religion on folks, but sometimes things just align and you have to wonder how and why. I like to look at this song in two different ways. The first view is one of thanks to the Maker for all the wonderful creations and opportunities put before me. But the second aspect of this song is to look at yourself as a Maker. There are so many opportunities and things to be made by YOU! It really just comes down to executing on your ideas, and going for it.

Sometimes you can find a little inspiration in music. Sometimes you can find a little inspiration in conversations you have and activities you do throughout the day. But sometimes you can find inspiration in both when a near perfect alignment occurs. Keep a notebook close, or use your smartphone but keep notes of all of your ideas and inspirations. You never know which ones will work and which ones won’t, but you’ve got to try them all out and bounce them all off of your think tank. I have said this before, but you have to surround yourself with the five people that most inspire you and push you to be better and think bigger. Those people tend to inspire and can be your muse if you just let the ideas ebb and flow. So go out there and be A MAKER!