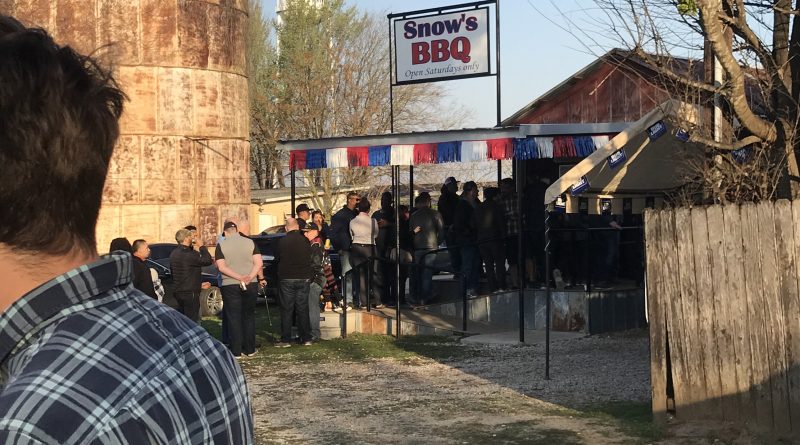 So for this week’s long awaited Foodie Friday Blog post, I wanted to do a Snow’s BBQ Review. I am a 100%, Certified, Grade A, Top Notch, MEAT-A-SAURUS! I love meat. I do know however that a predominantly plant based is healthier for you, so for the last year or so, my family and I have tried to push the ratio up to about an 80% fruit and vegetable diet and 20% meat and protein based diet with a Whole30 undertone predominantly. But every once in a while, I just need some good ol’ fashioned barbecue! Luckily for us we live in the state of Texas where that is something of a specialty.

While my mom was in town visiting, we took a drive down to Lexington, TX to brave the lines at Snow’s BBQ. I was not aware that it was their 15th anniversary, but I was glad that it was. They had free beer, free Bloody Mary’s, free music, and a raffle every hour with some great doorprizes. 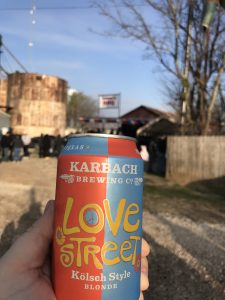 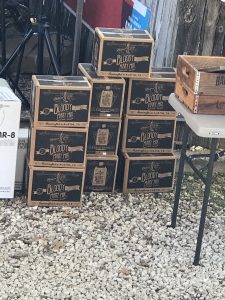 We ordered a pound of beef brisket, two pounds of smoked sausage, two pounds of ribs, and a pound of smoked turkey. All of the meats were delicious, however, the dark horse out of all of them was the smoked turkey. We had a small smoked turkey sandwich before leaving Snow’s and hitting the road again. It was the most tender and juicy turkey I have ever had in my life. If you ever have the chance to go to Snow’s BBQ (which is only open on Saturdays by the way) definitely get you some of their meats, but do NOT leave out the turkey from your order. You will be pleasantly surprised. 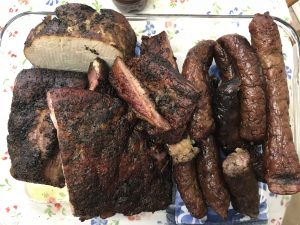 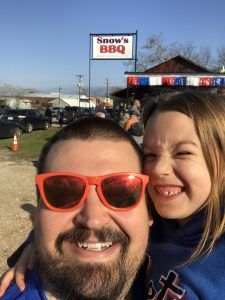 BBQ just seems to taste better when you are with family. I still have a lot of BBQ joints on my list of “Top 10” restaurants to visit, but Snow’s was overall a generally good time, and the food was great. I would not say the overall meat selection was #1 in my book, but it is in my top 5 for now, and the smoke turkey by itself is a #1 ranking. 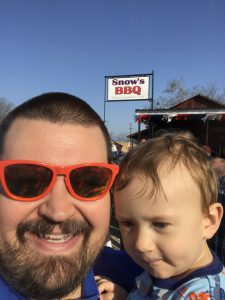