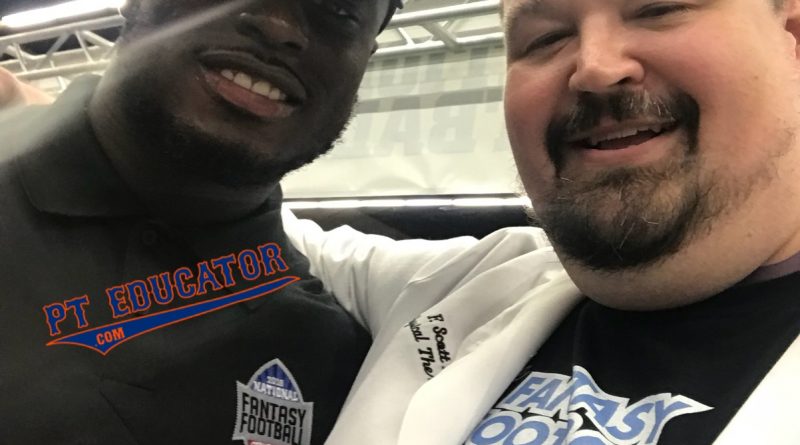 Removing A Plate From A Broken Bone: Orleans Darkwa

Today’s Throw Me The Ball Thursday Blog Post is titled Removing A Plate From A Broken Bone: Orleans Darkwa. I had the pleasure of meeting this young man at the National Fantasy Football Convention supporting The Fantasy Football Counselor. As a Giants fan, I was really sad to see that the New York Football Giants did not extend Darkwa’s contract. They spent over 3 million on Jonathon Stewart (who has looked terrible this off season) and I don’t even think he’ll overcome Gallman for the Saquon Barkley Backup Train.

Darkwa had a really good season with the Giants last year amassing 171 rushes for 751 yards and 5 touchdowns. This was all done on a last place team with the worst line in the league. He suffered a broken leg bone in 2016 and had a plate put in to hold the bone together while it healed. In May of this year he had the plate removed. Below is an example of what the plate could have looked like.

In speaking with Darkwa, he said he felt the leg was fully healed and he was ready to roll this season. Plate removal after a fracture is a great sign the bone has healed. There is no reason to believe this young man won’t have a great season. Some team is going to get a Running Back 1 value in Orleans Darkwa. The Giants could have had an Earth, Wind, and Fire situation on their hands again with Barkley, Gallman, and Darkwa. Of course Barkley is expected to be the workhorse the Giants have not had in years, but he will need a breather here and there. It is times like those that it would have been nice to turn to Darkwa. I truly wish the best for this young man this season and hope he finds a great fit.

SHAMELESS PLUG! If you are looking to increase your knowledge on injuries and what they mean for your fantasy football starting lineup, check out my Fantasy Football Injury Review Course at www.PTEducator.com/FFIR