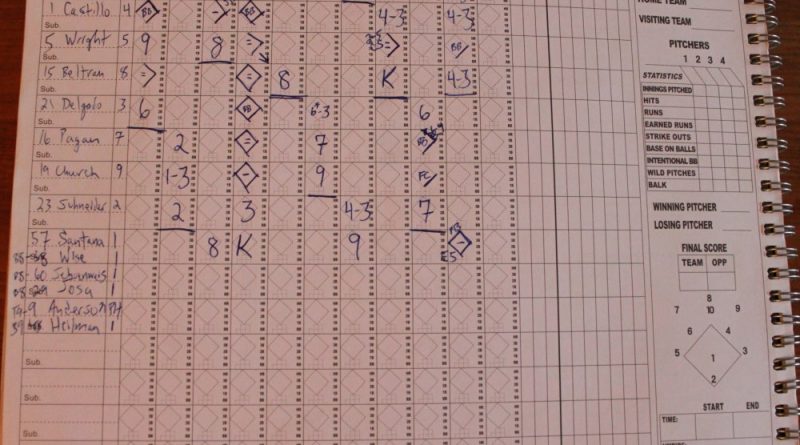 Old School Baseball Scoring: Somethings are just classic. Last night I had the pleasure and opportunity to see my hometown New York Mets play the Texas Rangers. The game took place at what used to be called the Ballpark at Arlington, but is now Global Life Park, or some atrocity of a name similar to that. It is just like Giants stadium (now Met Life Stadium) or Shea Stadium (which I will forever call any stadium the Mets play in, Citi Field included). I get the naming rights game. Should a company pay enough money, they get to call a stadium whatever they want. The stadium is usually named after they company who pays the highest bid to advertise their brand. And while I may hate the names of the new stadiums, I am starting to become even more irked with the frequency with which these stadiums are being erected.

Then it hit me. The smell of the fresh cut grass and grilled hotdogs, the crack of the bat, the roar of the crowd, all things that bring my back to my root love of baseball. But the one thing that I had forgotten about that struck me (see that I did there) was the SCOREBOOK. An older gentleman sitting in the section next to us, listening to the game on a small AM/FM Radio Headset was keeping score in a book.

For those of you who have never seen a scorebook, it looks like this:

For those of you who have never seen this, or who are from a generation a little more technologically rooted, this may seem a little more familiar:

In my younger years, I used to be very good at keeping a baseball scorecard. I was the manager for my younger brother’s Little League Team and we not only had to submit a scorecard after every game, but we had to compare it to the other team’s scorecard, and the umpire would then verify the scorecards before submitting them to the league. I was relatively proud of my scorekeeping ability. Then I got to college and met Nick “Nomar” Fustino. He was not only one of the biggest Red Sox fans on Earth, but he kept a scorebook of every baseball game he had ever been to, and it was impressive.

I am not sure that I would want to go back to keeping score for the baseball games I attend. But I will always respect the rules and details that go into scorekeeping, and the intricacies of such a classic method of record.

Don’t throw the baby out with the bathwater. Like an old school Nintendo Classic, somethings are just too good to overlook and be forgotten about. I am slowly garnering an interest in baseball in my daughter through her stadium pin board, and her mit and Mets hat. But at some point (when she is relatively older) I may break out an old scorebook and show her how a true baseball historian used to keep “stats”. 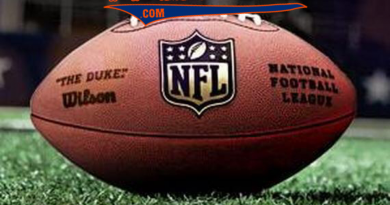 ARE YOU READY FOR SOME FOOTBALL!?! 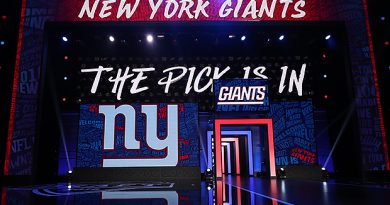 NFL DRAFT DAY: With the 23rd pick in the draft the New York Giants select… 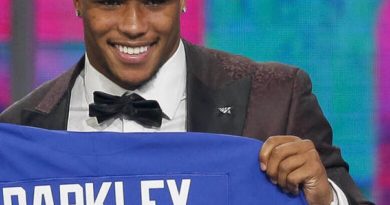 Welcome To The League Rookie