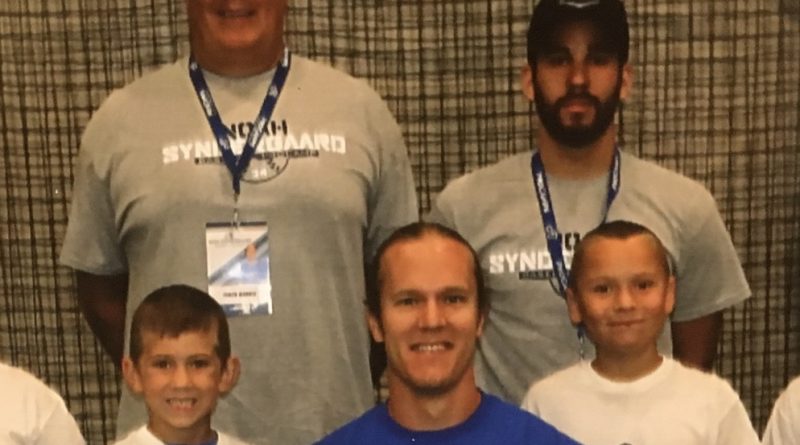 I don’t generally do much bragging, but today, I am going to do a humble brag for my Hall of Fame Uncle Ted Jarmusz. Ted has been a High School teacher, guidance counselor and baseball coach in Monmouth New Jersey for 30 years, and just recently retired and joined the Red Bank Catholic family.

Ted Coached basketball, football, volleyball, but he had the most impact in baseball. Coach Jarmusz was the Head Baseball Coach at Monmouth Regional for 28 years, winning 464 games. His teams won 7 Division, 3 Monmouth County, 1 Overall Shore Conference, and 4 State Championships. He was named Asbury Park Press Coach of the year three times and was inducted into the New Jersey Scholastic Coaches Association Hall of Fame in 2009.

Ted hosts many top notch baseball camps of his own, and he has coached many young athletes that went on to have very successful careers in baseball. However, the newest badge of honor is likely my favorite one, he was a coach at Noah Syndergaard’s Baseball Camp for kids! Noah was the Ace for the New York Mets this year before tearing a lat muscle, is the new brand representative for New Era, and recently did a cameo on Game Of Thrones (and is appropriately nicknamed “Thor”). Mets fans hope to see him back on the field in September or so, but in the meantime, it is good to see him doing great things for kids. It is also good to see my Uncle Ted hanging with the Future of the MLB. (That is him in the top left)

Stay the course. If you trust the process, and keep doing the little things right consistently, you will succeed. My Uncle is a perfect example of paying attention to detail and doing the right thing over and over and over again for many years, and it resulted in a HOF career. Thanks for the inspiration Ted, and keep helping athletes do great things.