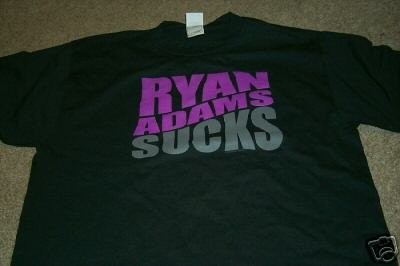 I know I have been away from the blog life for a little while and for that I apologize. I literally thought I could take fifteen days off after graduating from my Educational Doctorate and be ready to get right back to work. Boy was I wrong! I am only going to address this one time, I promise. For those of you who know me, you know for many, many years I was obsessed with all things Ryan Adams (Yes, the former Mr. Mandy Moore himself). But what do you do when your idol and hero falls from that illustrious pedestal you had him on? Hint: He becomes a self fulfilling prophecy of his album title: Heartbreaker…Literally, Mr. Ryan Adams…

The Ryan Adams News Has Not Been Positive Lately

The New York Times was one of the first media outlets to report the foul play of Ryan Adams’ career. Without getting into too many of the gory details, Ryan Adams used his power and position in the music industry to persuade women to do things they otherwise may not have. The promise of a career in music and success was often flaunted in front of women in exchange for favors, relationships, and whatever else would benefit Adams.

So What is Next?

Being the father of a daughter, and a sympathizer of all the terrible inequalities that are ongoing these days, I simply can no longer in good conscience listen to the man Ryan Adams has become. It is a terribly sad day in this former Radio DJ turned Physical Therapist’s history to have to block him out. I clear my phone out monthly and reload it with new tunes from my one terabyte (yes you read that correctly) hard drive of music. There were always four or five “go-tos” that always went back on first. Joe Firstman, Counting Crows, Will Hoge, and Ryan Adams. But you truly broke my heart Mr. Adams, and for that I am not sure I can forgive you.

I truly hope Ryan Adams gets the help he needs to become reformed. I hope there are still people willing to stand by him at this point to even get him the help he needs. But most of all, I hope he survives this whole ordeal. I had seen him go through the speedball shows and I was at the live Philadelphia meltdown show, and as a complete outsider, I was willing to put those awful moments aside for the few epic moments of greatness. I can no longer do that. I am taking down my cherished autographed poster, likely some of the LPs I had hanging, and I am taking a hiatus from his music. Even though it was like a comfort food to me and it was there for me during some of the highs and lows of my life. I no longer have time for that. Instead, I implore you to go listen to something rocking this week like Brian Fallon and The Gaslight Anthem’s album “American Slang

“. It will absolutely lift your spirit and your heart rate. Go do something good in the world this week. And let me know how the Ryan Adams saga affected you by leaving a comment or hitting me up on social.