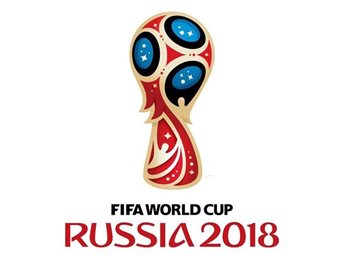 Regardless of if you call it futbol or soccer…its all pretty intense come World Cup time! I actually played soccer when I was younger. Mainly a goalkeeper (and I was pretty decent). But today’s blog post is from two experts on Soccer Injuries, Andy Seraphin and Bergomy Jeannis! Find the entire blog post here!

The 2018 World Cup is well underway. Searching for a reliable place to keep track of injuries during the tournament? Look no further. Below are the notable injuries for each of the 32 teams in the tournament.

The 2018 World Cup is well underway. Searching for a reliable place to keep track of injuries during the tournament? Look no further. Below are the notable injuries for each of the 32 teams in the tournament.

Brazil: Star left back Marcelo gave fans a scare, as he was substituted about 10 minutes into a crucial match vs. Serbia. It has been reported that he had back spasms, but they are not serious and he should feature in the knockout rounds. It has been reported that Douglas Costa won’t feature until the semi-finals. And Danilo is still battling a hip injury he picked up before the tournament started, and will be aiming for a return in the knockout rounds.

Colombia: Midfielder Aguilar went down with an apparent groin injury in Colombia’s last match. Stay tuned for further updates. Also, David Ospina struggled to complete the match vs. Poland and may have a knee or ankle injury.

Peru: Our most sincere thoughts and prayers are with Farfan as he went unconscious for several minutes during training after suffering a head collision. He was hospitalized as a result.

Belgium: The injury floodgates have opened for Belgium. Both Lukaku and Mertens went down with ankle sprains, and Hazard suffered a calf knock. Expect to see a reduced load from these three as they close group play vs. England. Vermaelen and Kompany may feature however, as they aim to be match fit for the knockout rounds.

Germany: Die Mannschaft suddenly faces a defensive crisis. Hummels has returned to match fitness following a cervical spine injury, but Boateng will be out the next match due to suspension. Defensive midfielder Sebastian Rudy also recently underwent surgery to repair his broken nose, and did not feature vs South Korea.

Croatia: Striker Nikola Kalinic was listed as match fit, but refused to come on as a substitute due to a self reported back injury. The Croatian FA have sent him home and believe he was faking injury, as he was unhappy about not starting the match.

England: Trequartista Dele Alli is recovering from a quadriceps strain. It it likely he will feature in some for vs. Belgium.

Denmark: Reports that midfielder William Kvist punctured his lung were seemingly inaccurate. Although he still has two broken ribs, he is currently traveling back to Russia in an attempt to rejoin the squad.

Russia: Alan Dzagoev is back in training, and will play a role as Russia moves onto the knockout rounds.

Iceland: Midfielder Johann Berg Gudmundsson did not feature vs Nigeria due to a calf strain.

Morocco: FIFA Medical Guidelines were blatantly ignored as Nordin Amrabat was clearly concussed during the opening game, and was hospitalized overnight as a result. He was originally ruled out of the 2nd game, but somehow found his way into the starting lineup just five days later. He wore protective headgear (a topic for another day) for the first 15 minutes of the match, the elected to take it off. A bad look for both Morocco and FIFA.

Update: Amrabat has stated that even though medical staff advised him not to play, he “googled” the consequences and decided to play anyways because “he felt good” and “he is his own doctor”. *sigh*

Tunisa: Both Dylan Bronn and Ben Youssef went down with knee injuries during the match vs. Belgium. The details of the injury are currently unknown. Starting keeper Mouez Hassen also went down with an unknown shoulder injury.

South Korea: Squad regular Park Joo-Ho went down with a hamstring injury during their opening match. He is likely out for the tournament. And although Tottenham star Son Heung-Min looked to pick up a knock in the closing stages of the 2-1 loss to Mexico, he is currently slated to serve as South Korea’s captain in their final group stage match.

Saudi Arabia: Taiseer Al-Jassam injured his hamstring. The details of this injury are unknown.

Australia: Forward Andrew Nabbout is out for the remainder of the tournament with a dislocated shoulder.

You can follow Bergomy Jeannis at The Soccer Obsessed on instagram and Andy Seraphin at The Futbol Physios on instagram. You can also check out their Soccer Injury Podcast for The Fantasy Doctors HERE