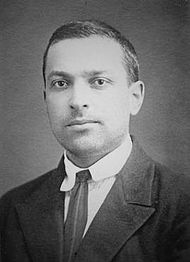 tsky up today on this Teach Me Something Tuesday for two separate but very central thematic reasons. 1) His thought that human psychological development comes from interpersonal connections is ringing truer now more than ever in the world of business. 2) Despite never using the word in his writings, “scaffolding” has been synonymously linked to the Zone of Proximal Development.

In my many blogs (and in my eventual webinar course) Vygotskyianism will make a frequent appearance as we discuss teaching and learning utilizing a “scaffolding” method. The scaffolding method is teaching to build a good structural foundational knowledge base (like a scaffolding), and building up that knowledge base to where it is sturdy enough to remove the scaffolding (making the teacher relatively useless). Which if you think about it, that is what teaching and educating at its truest form is. Physical therapists are educators at heart whether they want to admit it or not. But our job is to educate and empower our patients enough so that they can take the knowledge and go on to be as independent as possible.

On the medical Business side of things, Vygotsky’s ideas that higher psychological functional development come through interpersonal connections goes back to a lot of what Paul Gough and Jerry Durham preach. We need to stop treating symptoms and start nurturing relationships. We as physical therapists have the knowledge and power to treat a lot of issues, but the thing that will make patients customers for life are the relationships we grow with the ample amounts of time we spend with our patients.

ONE THING I LEARNED TODAY: The “Scaffolding” Method of teaching is important for setting up a foundation on which to learn higher level ideas. Vygotsky was also instrumental in helping us look at development through interpersonal relationships!