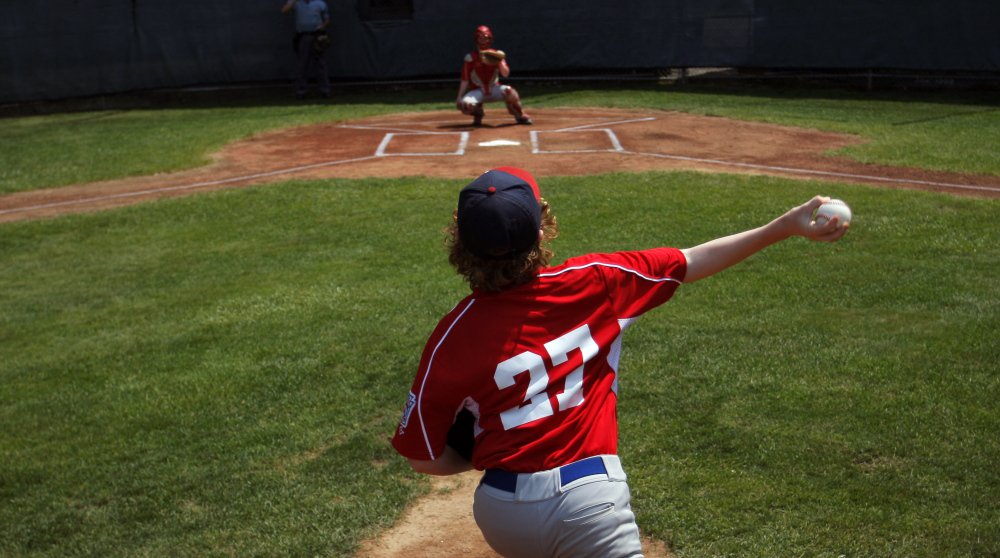 Do you have a child who plays baseball? Learn about a growing concern in the sport

Do you have a child who plays baseball? Learn about a growing concern in the sport: Tommy John Surgery.  As per usual, The New York Mets and their stream of injuries, especially among their pitchers has fueled my daily blog post. Pictured below is just a few of the Mets pitchers that have fallen prey to Tommy John Surgery in the last few years.

So what is Tommy John Surgery you ask?

This picture from the American Journal Of Sports Medicine sums it up nicely.

It is all well and fine for major league pitchers to undergo this surgical procedure if they so choose in order to try to restore their careers after an injury to the UCL (Ulnar Collateral Ligament). But why then are teenagers starting to have the surgery, and should we be concerned? I worry that the feeling is, “well, almost every pitcher is going to have elbow issues at some point in their career, so lets just get the surgery over with early so the peak of their career can be enjoyed uninterrupted and injury free after their rehabilitation.” I would argue we as humans should try to avoid surgery at all costs unless completely necessary. But lets look at the root of the problem of why these injuries are even occurring at such young ages.

There was a study published in 2012 that showed that this subset of youth baseball coaches (the 9-14 year old age group) is deficient with regard to knowledge of the USA Baseball Medical and Safety Advisory Committee pitching guidelines. You can read that study here if so inclined. This situation may put youth pitchers at increased risk for upper extremity pain and injuries.

So a poor knowledge base by the coaches, as well as the type and amount of pitches thrown by this ages group appears to be a perfect storm of injuries waiting to happen.  A 2002 study performed on this same age group of 9-14 year olds showed that they should be cautioned about throwing breaking pitches (curveballs and sliders) because of the increased risk of elbow and shoulder pain. Limitations on pitches thrown in a game and in a season can also reduce the risk of pain. That study can be read here.

The recommended daily pitch count for a 9 year old is approximately 75 pitches per day, working up to about 95 pitches per day for 14 year olds as per the American Sports Medicine Institute Guidelines. More details can be found here.