About Me
Early Days
Vision
About Me

The etymology of the word Feil is from Middle High German, veil, or veile or from a conflation of Old High German feili (“good, trusty”). This is a fitting root for this word considering that the patients of Dr. F Scott Feil, PT, DPT, CKTP endearingly call him “Dr. Feilgood” in a bit of a light hearted nod to the 1980’s hair band classic “Dr. Feelgood” by Mötley Crüe. This is where Feil Good Industries stemmed from. F Scott Feil is a loving husband, a father of two, a food, music, and sports fan, a physical therapist, a primary preventionist, a lifelong learner, but also an educator.

F Scott Feil grew up in the hamlet of Islip, NY and his mother was an English major, and his father was a High School English teacher for 30+ years on Long Island and he was named after (you guessed it) F. Scott Fitzgerald, but Fitzgerald’s full given name was Francis Scott Key Fitzgerald, and not wanting to name their child Francis (nor have a 3rd consecutive Franklyn in the family), his first name was left as just the letter F…which is cool until you turn 16 and every legal document asks for your first name middle initial…then all bets are off and it is anybody’s guess how documents will turn out.

Thanks largely in part to the influence of the English majors in the household, F Scott earned his BA in English from Wake Forest University, however following his graduation, his career trajectory would change drastically.  F Scott went on to earn his Masters in Physical Therapy from East Carolina University, his Doctorate in Physical Therapy from the University of St Augustine, and is finishing up his dissertation for his Doctorate in Education through the University of St Augustine as well. It should become obvious that F Scott is a lifelong learner at this point as he has practically been employed as a professional student for the last 14 years (and will be sad to see that aspect of his career come to an end soon).  But Dr. Feil is also a licensed physical therapist, a primary preventionist and is not only interested in helping people heal and correct movement dysfunctions, but empowering them by giving them the knowledge of why things are happening and how they can best be addressed based on the most relevant and up to date information and research available. His vision is to impact the general public as well as the PT and healthcare professions to become more knowledgeable on learning about Physical Therapy, health, wellness, and prevention of chronic diseases through every day engagements to help people become the healthiest and best version of themselves. 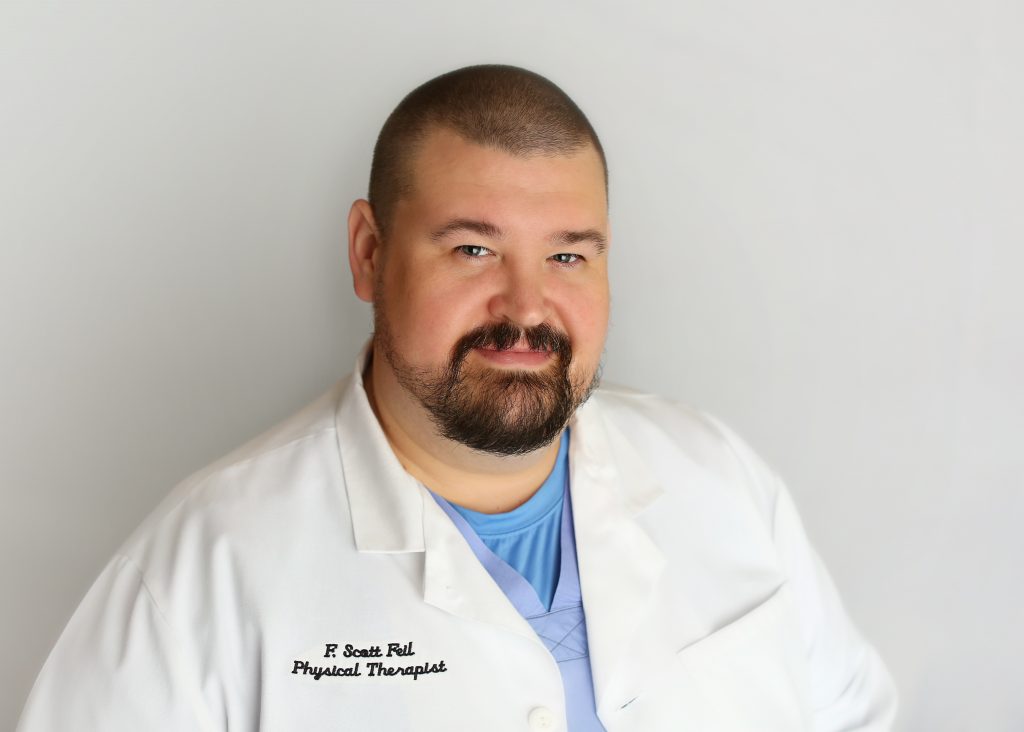